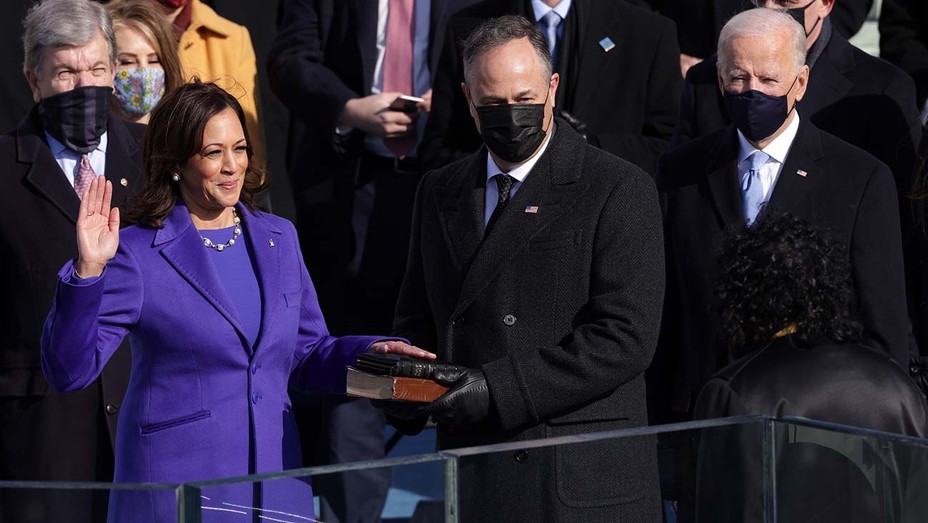 Today is a good day.

In the middle of the workday, I sat on my coach, laptop beside me, in AWE of the history that was unfolding before my very eyes.   Not only does today’s events begin to restore unity, hope and healing for our country and the world, it also left me feeling so content.

Content about what “leadership” looks like in 2021.  As I mentioned before, VP Harris is a woman, black, asian and so forth, but what she also is is authentic.

I grew up and started my career in a world where there was so much pressure to be formal and perfect – especially because I was a woman and oftentimes was the “only” in the room. Looking back I see how that has shaped me as a human, professional and a leader – for the worse.

Having the spotless record was crucial.  Saying all the right things was imperative.  Being unshakable was paramount – something I’d never risk.

My 2021 promise to myself, to Prowess and to everyone in my life was to be more authentic.  Speak my mind, speak up, Speak out when I don’t agree.

Watching Madam Vice President raise her right hand and within minutes becoming the 46th Vice President of the United States underscored why authenticity is so important.  Even though she’s the FIRST, spends probably 95% of her life as the “only”… She bounces around in Chuck Taylors, she claims back the floor when being interrupted by male counterparts, she holds herself to this effortlessly cool … swagger that will be, if not already is, indistinguishably her.

Whereas this may sound like a love letter to Madam Vice President, well, maybe it is, I love her for being her.  I love her for showing me that “Yale, Pale and Male” isn’t the end all be all.  I love her because she gives me the courage to be more me, build what I know I need to build, not play by the “rules” but instead find those who are willing to rewrite the rules with me.

That’s what we are doing with Prowess. Every next step we take will be in the right direction for women empowerment and achievement as a whole.  Here’s to the unapologetic Ashley, running the standards-bending Prowess, so that women everywhere can design their own work-life balance, a step in the right direction on the journey of becoming authentically them.